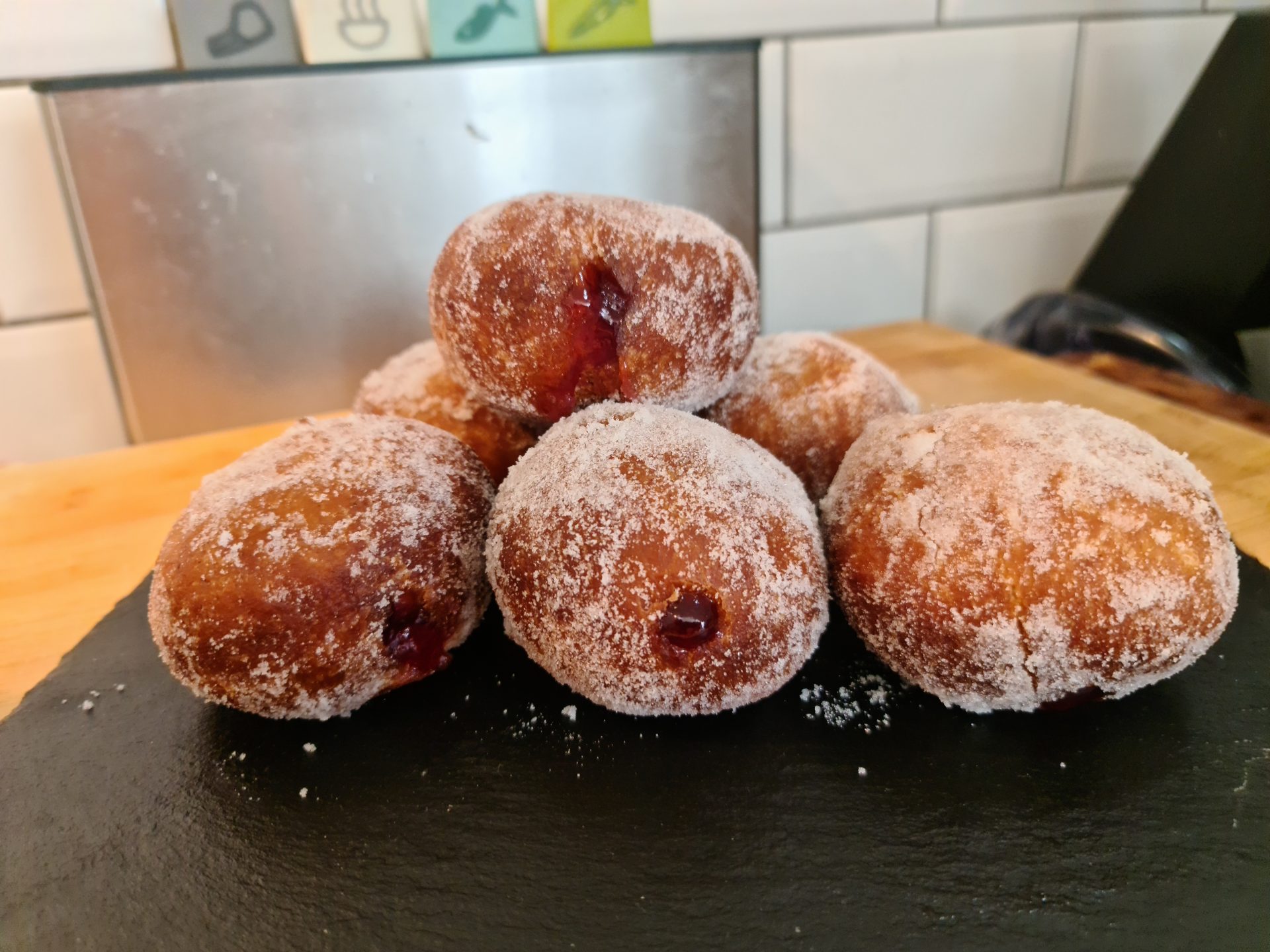 Everybody loves a doughnut – or donut if you’re from the USA – and there’s a doughnut out there for everyone. Ring, jam, chocolate, custard, whatever you like! But not all doughnuts are necessarily vegan, and I never tried my hand at making vegan doughnuts. So when my friend Bex asked if I would attempt to make them, then I thought it was about time… and you know what? I was SO HAPPY with the result. These doughnuts were light, airy, and delicious. You couldn’t tell they were Vegan. I filled these with a Raspberry Jam (making sure it was vegan) but you could try anything… custard, chocolate spread, biscoff… whatever you like! I’m sure it will be great because these doughnuts provide a terrific base. Give them a go!

Place a saucepan over a medium head, and gently heat up the oat milk until it's warm and slightly steaming on top. You don't want it scalding hot or boiling.

Add in the vegan butter and let it melt down, and then stir in the caster sugar until it's dissolved.

Move off the heat to cool down for a moment and add in the yeast and leave it for 5 minutes to let it become active in the warm liquid.

In a large bowl, add in the flour and the salt, mix together and then pour in the wet ingredients and bring it all together into a dough. It should be wet but not super sticky. If it is, add a bit more flour.

Once brought into a smooth dough, leave in a bowl and cover with cling film for at least an hour or until double in size.

Knock the air out of the dough, divide into six equal pieces, roll into into balls and place them on a baking sheet. Cover with a clean tea towel and leave again for 40 mins to an hour or until doubled in size.

Bring a pan - or deep fat fryer - of oil up to 180°C/350°F and fry the doughnuts in the oil for about 5 minutes or until golden brown on each side. Do them in batches of three so you don't overcrowd them doughnuts.

Once golden brown, leave to cool for a minute or two before rolling in caster sugar. Leave to cool further for about another five minutes, then using a food syringe to inject with your filling of choice - in my case raspberry jam - and then enjoy!

Bakingdonutdoughnutsjam
May 12, 2021 By Matt Pollard
Currywurst 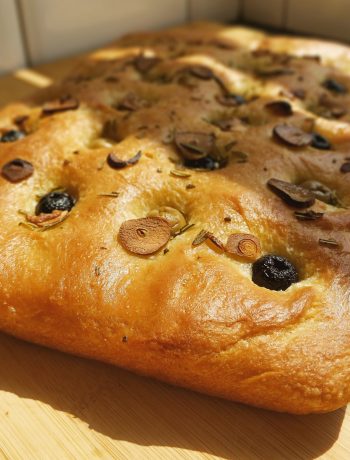 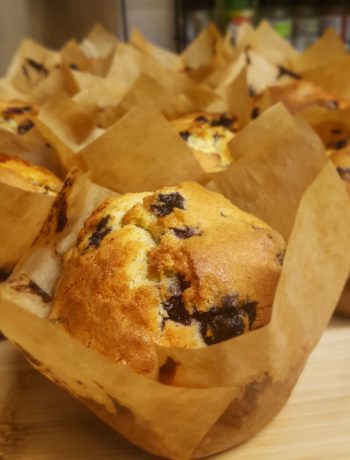 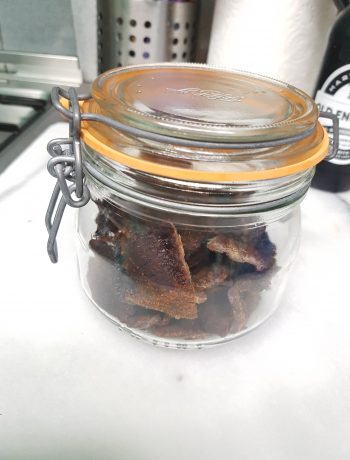